Student In The Computer Lab. For A Visual Basic Practical 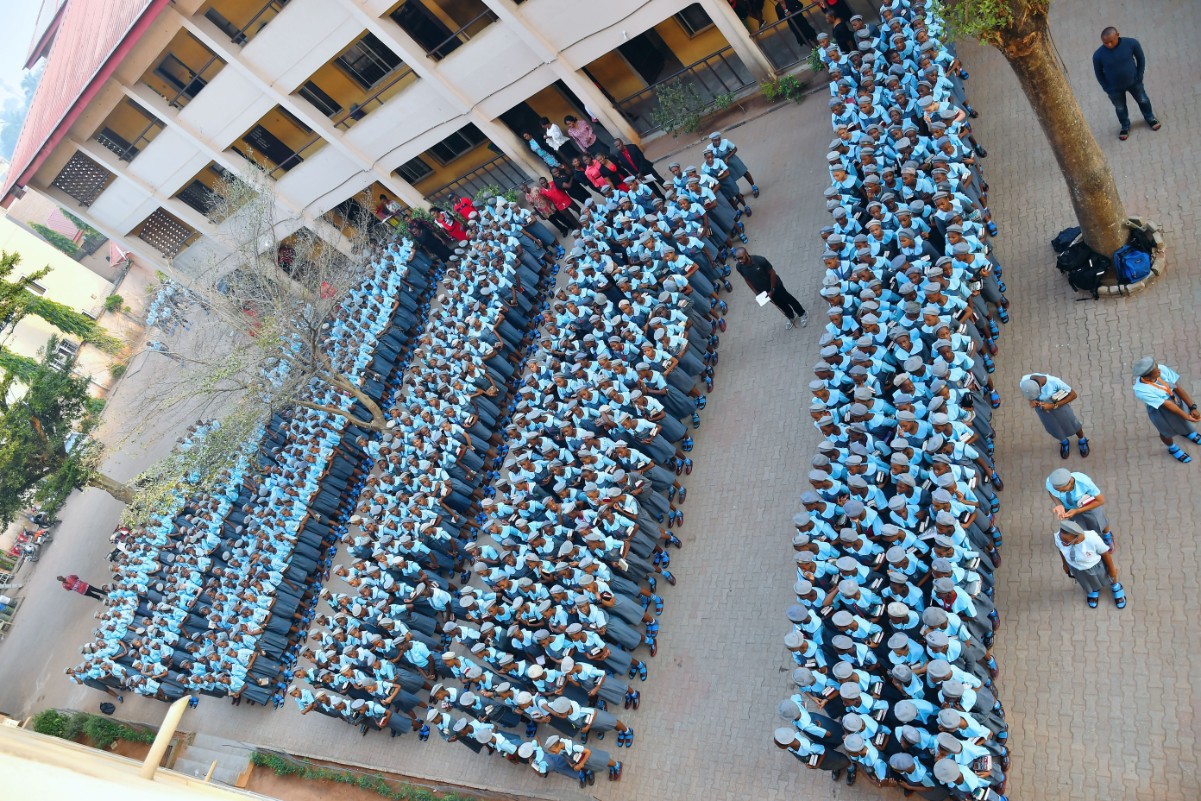 Students At The Assembly Ground 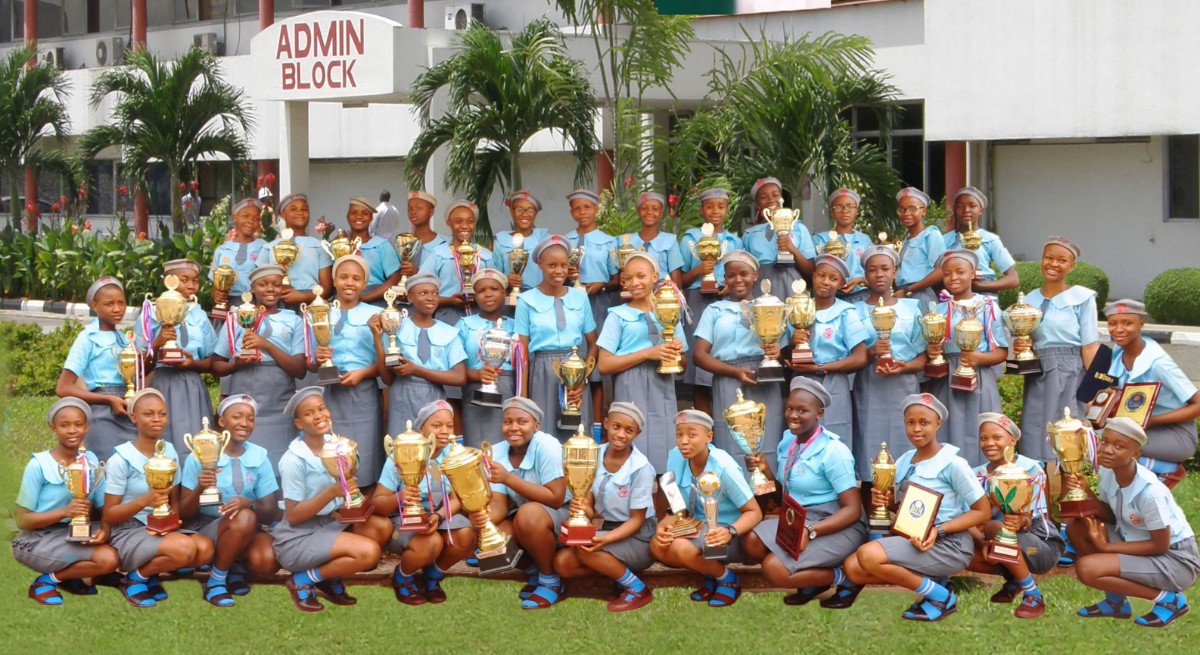 Carol Standard Convent Ichi was founded on September 26th, 2002 by the Diocese of Nnewi Anglican Communion.

It was commissioned on October 21st, 2002 by His Grace, The Most Revd Prof. Godwin I. Okpala JP, OON who was then the bishop of the diocese of Nnewi and the proprietor of the convent.

He was later succeeded by His Lordship the Rt. Revd Ndubuisi .C. Obi who is the new bishop of the diocese of Nnewi

The convent since its inception has had about four successive principals who in various capacities contributed to her growth and development.   Miss Ijeoma Ndeche who was the pioneer principal (2002-2008), Lady Dr. Gloria Eziuzo(JP), (2008-2012) Mrs. Elizabeth Ikwueme(2002-2019) and Mrs. Uchenna Obionu presently

As work founded on God’s love

So shall Carol Standard Convent also be

For staff and students devotion and dedication as watch word

Manifesting godliness and make the college

Products to shine as light-kindles by Jesus Christ

Diocese of Nnewi, therefore be gladdened that

To depict the love and glory of God

The vision for the conceptualization and birth of Carol Standard Convent, Ichi was borne out of the need to provide quality education thus improving morality for the girl-child who is seen as a future mother and leader.

Since the inception of the Convent, the school benefactor Chief Sir Emma (Bishop) Okonkwo OFR, ‘Ikenga Ichi’ whose mother the school was named, spear-headed the Infrastructural development of the convent which is second to none within the South-East

The members of the Old Girls Association of the convent have always been proud of their alma matter. Their presence has never been found wanting during any of the convent’s social activities

The Parents, Teachers Association of Carol Standard Convent Ichi, is a well-structured one. The association which has been headed by various personalities has Ven. Dr Iyke Okafor (JP) as her present P.T.A Chairman

FACILITIES IN THE CONVENT

The facilities in Carol Standard Convent, Ichi are too numerous to mention. It has specious classrooms with good sitting arrangements to accommodate about a thousand students drawn from different countries of the world. Her state of the Art is classic, serene and conducive environment with well paved

Interlocked roads within and outside the school environment. Gigantic and well bed-spaced hostels to make the girls feel at home, well shifted ICT room, Library and over eighty teaching staff to ensure that the academic activities of students are not ruined

The convent also has improved sports facilities with volley/basketball court. The school library which received tremendous facelift has been transformed into an e-library.

On the academic front, the school follows the new school’s curriculum provided by the National Education Research and Development Council in her academic activities. As schools are presently shut-down following the COVID-19 pandemic, the convent has not relented in impacting academic training to her girls through e-learning

-The convent recently ventures into youth empowerment and skills acquisition programs, thus translating the entrepreneurial teachings into practical dexterity for the girls to be self-employed and employers of labour after graduation. These skills include: Bread making, cake making, snacks, cooking and sewing.

The number of subjects offered in the convent are in parity with that approved by the state ministry of Education.

Carol Standard Convent, Ichi is known for her zero tolerance in Examination Misconduct. The fear of failure has always spurred the girls into working even harder to ensure that the inputs of the teachers are not laid to the dust

Her mode of admission is tailored strictly on academic merit. Only candidates that meet-up with the required scores and other criteria are admitted

The achievements of this great citadel of learning are quite enormous. The convent annually records excellent performance in her external examinations with an over –all performance between 83% to 100% credit level. The girls have been representing the state and the province on different academic activities / Competitions and have always come back with laurels

Above all, we give room for academic exposure and social disposition for youth development and enlightenment through national and international conferences such as NISSMUN (Abuja) summer holidays at Uk and Ireland. Easter camp at Republic of Benin and Togo for French language expositions.

Our positions in academic quizzes both at provincial. states and federal levels can never be underemphasized.

In 2018, Our student, Chinemelum Nwabueze represented Anambra state at National level on Chemistry competition organized by Chemical Association of Nigeria and came back with 1stposition. In the same year, Okey-Iloh Amara and Ikechukwu Favour exhibited sterling performances in the ObiJackson Igbo debate competition, they came out with first position. Also, Maduike Chinaza came first position in the CONDASH quiz competition. One our Alumnus, Orji Ifeoma Princes bagged a first class in Medical Laboratory Sciences from Nnamdi Azikiwe University.

Carol Standard Convent, being a center for London GCE and TOEFL gives our students the opportunity to further their studies abroad.

Honestly speaking, our students stand out exceptionally among their mates.

Carol Standard Convent has a rare comparative in East of the Niger. 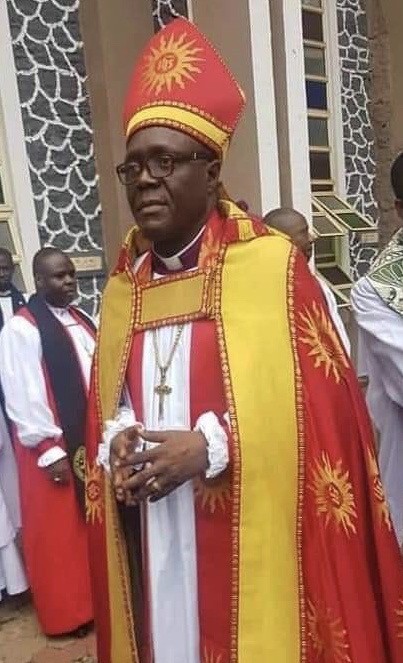 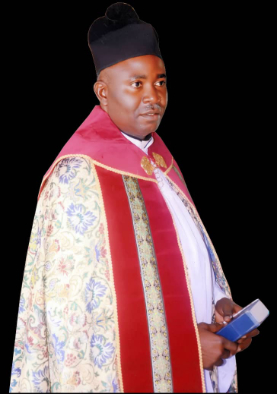 Chairman Board Of Governors, CSC 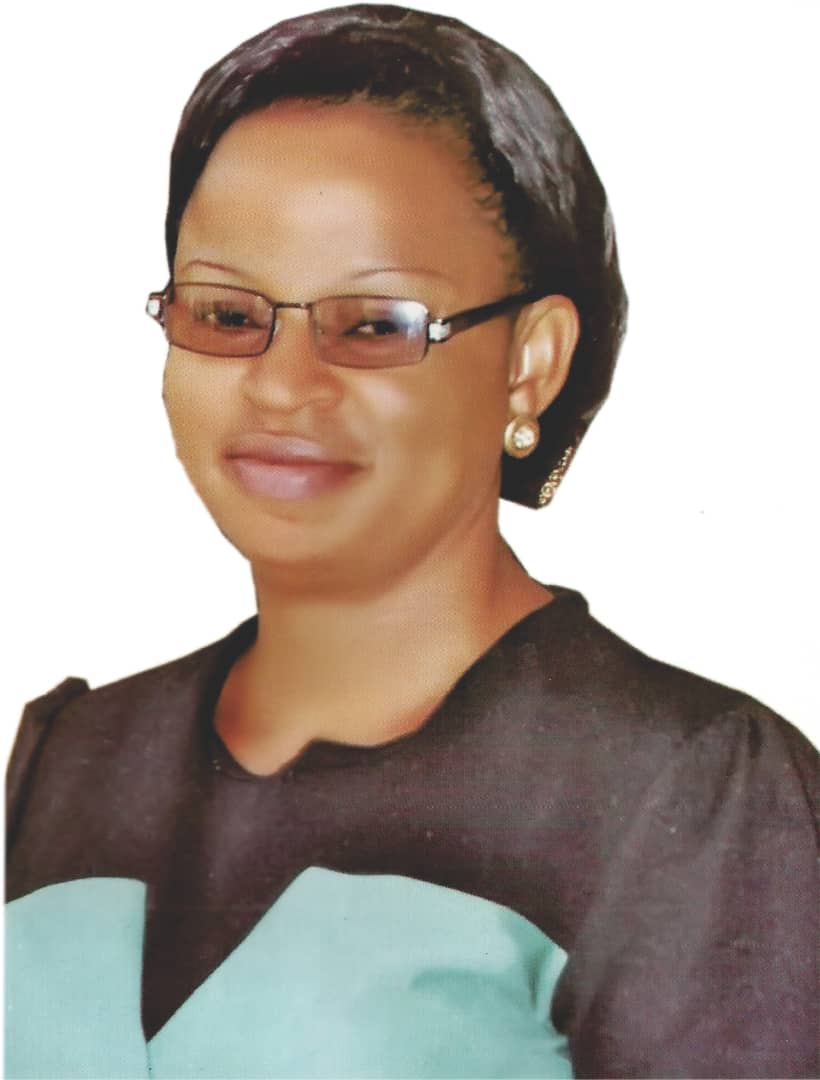